Where Conditions Precedent for Incorporation Have Occurred, Difficult to Allege a Partnership

When the conditions necessary to form a corporation have occurred, a shareholder will be precluded from alleging merely a general partnership existed. Leonard v. Ast, 2022 NCBC 35 (J. Earp).  As a result, the plaintiff’s claim seeking a declaratory judgment that a partnership existed was dismissed with prejudice.

Plaintiff worked for a dog grooming business that the Defendant Asts owned. In 2020, Defendant Jason Ast suggested to Plaintiff that they start a new dog-training business together, Barks and Recreation, Inc. (“Company”).  Under the suggested plan, Plaintiff would contribute capital while the Asts would contribute the business expertise; Plaintiff would own 1/3 of the Company and the Asts would collectively own remainder. Plaintiff agreed.  In March 2020, articles of incorporation for the Company were filed by the Secretary of State.  Several months later, Plaintiff contributed $100,000 of capital to the Company’s bank account.  However, the Company never issued any stock, no by-laws were adopted and an initial corporate meeting was never held. Plaintiff and the Asts eventually had a falling out and Plaintiff was fired.  The Asts then held a special shareholders meeting and, over Plaintiff’s objection, voted to dissolve the Company.  Articles of dissolution for the Company were filed in October 2021.  Plaintiff filed suit and sought, inter alia, a declaration that the Company was merely a partnership.  Defendants filed a motion to dismiss, contending that the declaratory judgment claim was defeated by the Plaintiff’s own allegations within her complaint.

The Business Court again lamented that parties (and the Bar) seem to have a “continuing and widespread misunderstanding of the facts necessary to support a claim for unjust enrichment,” where the factual allegations merely show the Defendants took a benefit which rightfully belongs to Plaintiff which is not, in and of itself, sufficient to maintain a claim for unjust enrichment. (Opinion, ¶48, fn2). 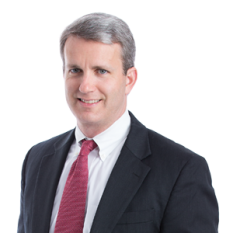 Court’s published decision in a case and explanation written by a judge of the Business Court. Click here to read more.